Get to know our team

Our team combines a unique mix of deep entrepreneurial and venture capital expertise. We have a history of working together for more than ten years on different types of projects and can present a unique track record in fund-raising, spin-off/venture creation, company growth and successful BD/exit deal making. 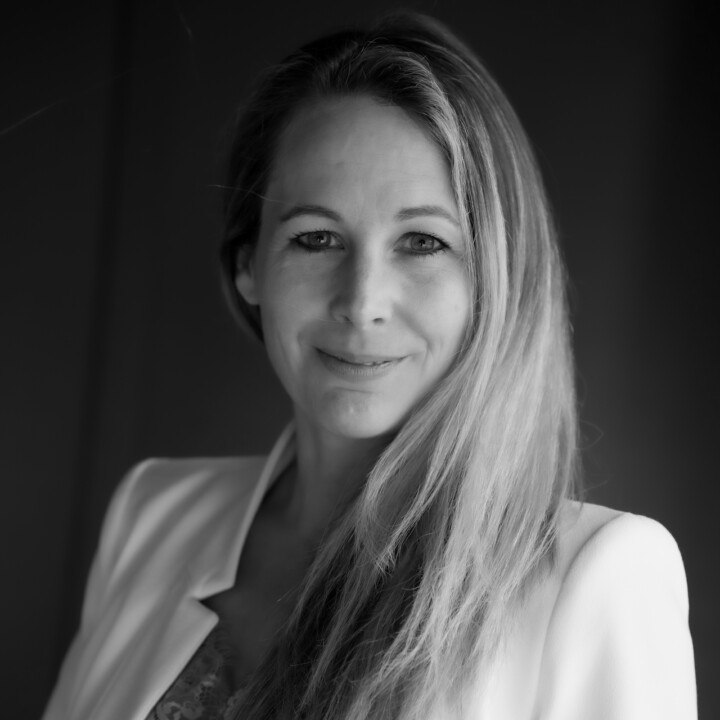 Debbie co-founded Bioqube Ventures in 2015. From 2016-2019, Bioqube Ventures co-managed an investment and incubation model resulting in the set-up and support of a local ecosystem of 10 companies on the Janssen R&D site in Beerse, Belgium. In 2020, Bioqube Ventures launched its first independent fund “Bioqube Factory Fund I”.

Previously, Dumont was head of health and care at LRM, a Belgium-based private equity and venture capital firm. In this position, she served as a board member for several biotech companies and was involved in a series of international venture capital transactions including SEPS Pharma (acquired by Amatsi-Eurofins), Apitope (acquired by Worg Pharma) and XO1 (acquired by Johnson & Johnson).

Debbie is vice chairman at the Limburg Cancer Foundation. 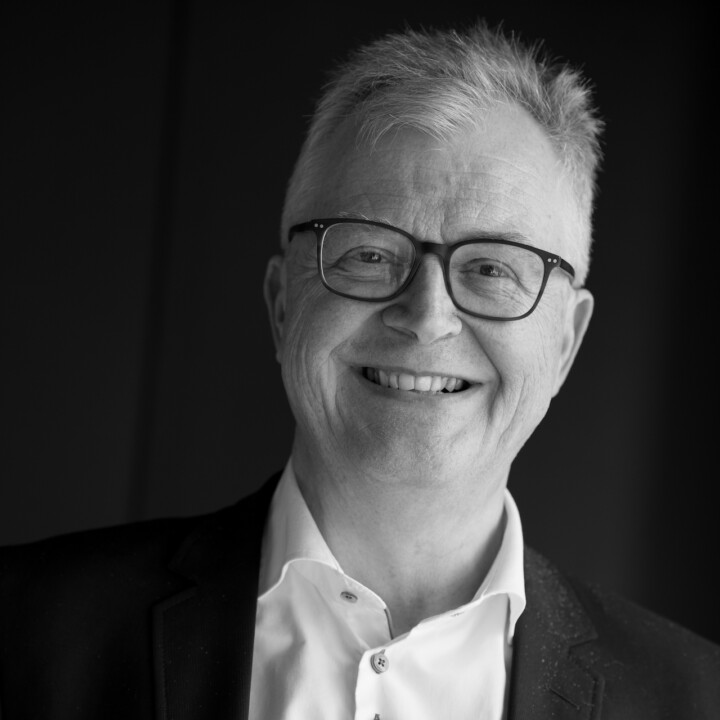 Dirk has gained deep commercial experience for more than 25 years at 2 leading pharma companies Eli Lilly and Janssen-Cilag (Johnson & Johnson). He was responsible for the launches and international strategic marketing of different products including Prozac (US/Belgium), Pariet (global) and Prepulsid (global). He was selected for streamlining JNJ’s e-business and became VP for new business development in Europe.

In 2006, Dirk co-founded Movetis NV, a JNJ spin-off for GI assets. As CEO, he was instrumental in raising more than EUR €200 million over four years. Movetis had Resolor (prokinetic) approved in 2009 for chronic constipation and launched in four countries with reimbursement. The same year, the company went public on Euronext and in 2010 was acquired by Shire. Dirk worked two years for Shire as Managing director for the GI business in Europe.

In 2012 he founded Progress Pharma, an asset development company, with a team of experienced managers. With this team he supported Lipid Therapeutics in a deal with Nestle and co-founded eTheRNA, a spin-off from the University of Brussels with a breakthrough mRNA based immunotherapy for cancer & infectious diseases. In 2018, he worked with the founders as interim CEO of Spectricity, a spin-off from imec. He is Chairman of Flanders.bio, the organization of > 300 Flemish biotech companies. 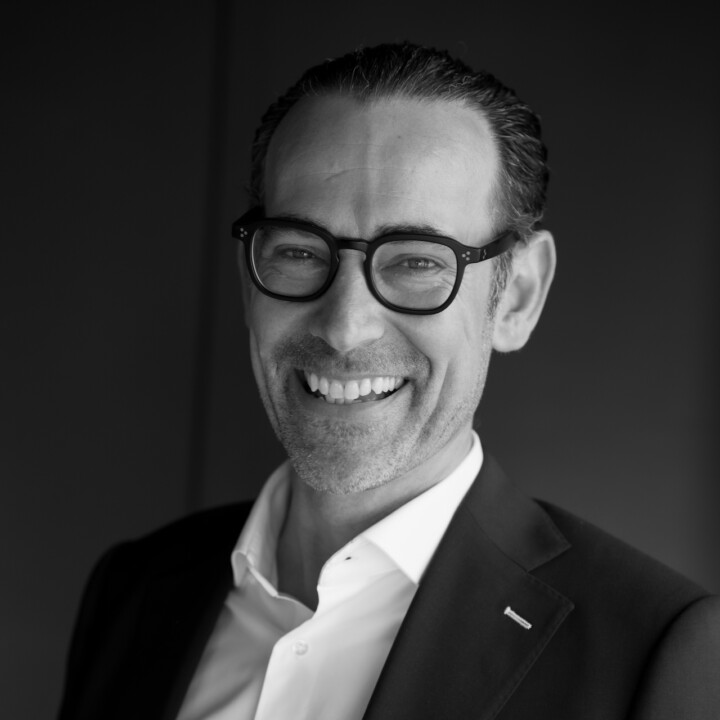 Nico co-founded Bioqube Ventures in 2015. From 2016-2019, Bioqube Ventures co-managed an investment and incubation model resulting in the set-up and support of a local ecosystem of 10 companies on the Janssen R&D site in Beerse, Belgium. In 2020, Bioqube Ventures launched its first independent fund “Bioqube Factory Fund I”.

Nico previously served in a variety of capacities at LRM, a Belgium-based private equity and venture capital firm, including most recently as the funds Chief Operating Officer. Prior to joining LRM, between 1998 and 2007, Nico was a senior executive at Ernst & Young. 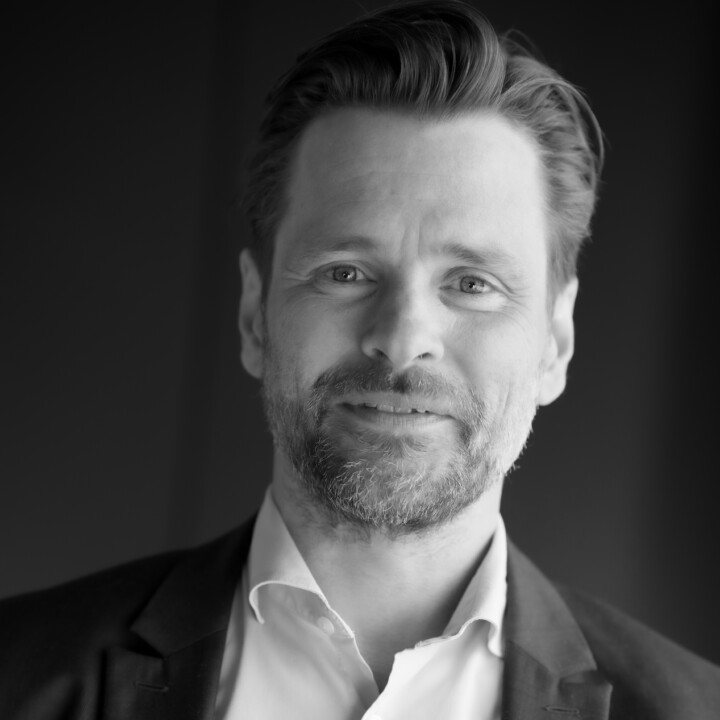 Previously, Joris had various roles of increasing responsibility in start-ups as well as in large international companies such as Johnson & Johnson, Movetis and Shire Pharmaceuticals, where in his most recent position he served as Director Discovery. Joris also acts as CSO at Facio Therapies. 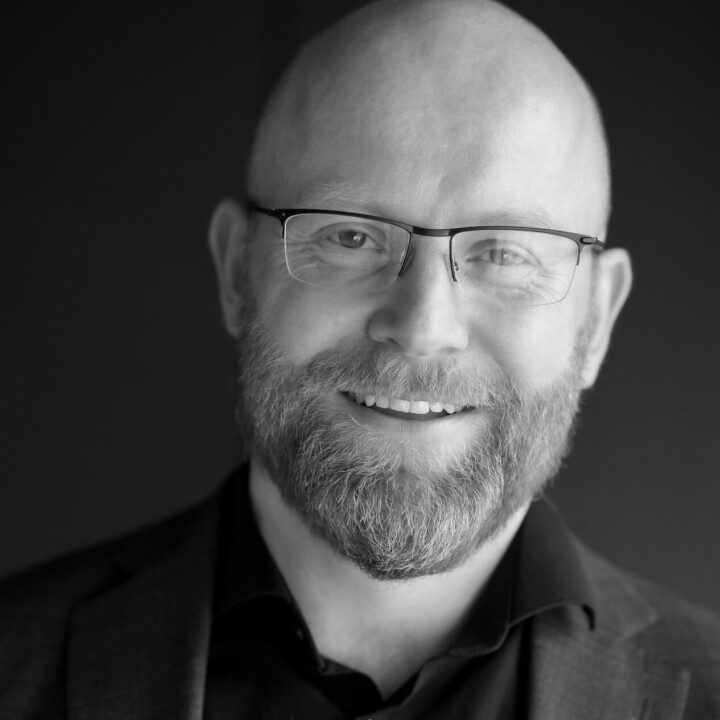 Joris joined Bioqube Ventures as an immunology expert in 2018. Joris has over 15 years of experience in academic research and is specialized in the fundamental and translational aspects of human immunology.

He started his career as a postdoctoral fellow at the Maastricht University Medical Center developing cellular immunotherapy for cancer. Later he managed several diagnostic programs in the clinic, including kidney transplantation, autoimmunity, immune deficiencies and hematological malignancies. 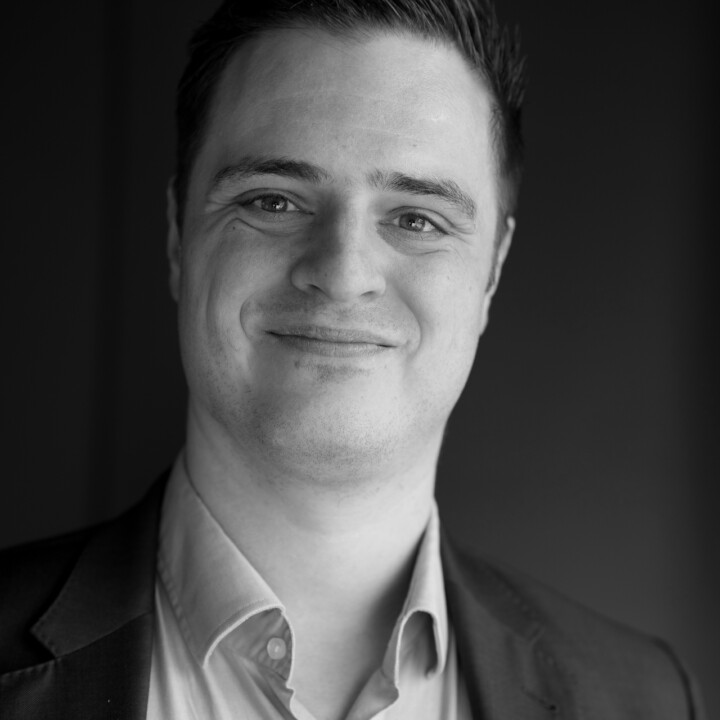 Roderick Verhelst is a principal at Bioqube Ventures with strong investment interest in early-stage therapeutics. He obtained a PhD in Bioengineering at the University of Leuven and an MBA at the Solvay Brussels School of Economics & Management. Prior to joining Bioqube Ventures, Roderick was a principal at Participatiemaatschappij Vlaanderen (PMV). Here, he built a successful track record in life science investing and was instrumental in the formation, financing and/or exit of several start-ups, including GST (acquired by Boehringer Ingelheim), Bluebee (acquired by Illumina), Dualyx and Flamingo Therapeutics. He served on the Board of Directors of these companies as well as Confo Therapeutics, miDiagnostics and Aelin Therapeutics.

Before his role at PMV, Roderick was an investment banker (equity research) at Degroof Petercam, where he was responsible for the life science franchise and was involved in the IPOs of argenx, Biocartis, Curetis, and Probiodrug (now Vivoryon), among others.

PhD in Bioengineering
University of Leuven

Since joining Bioqube Ventures in October 2017, Alexander has focused on identifying and evaluating investment opportunities within the biotech landscape across various therapeutic areas. 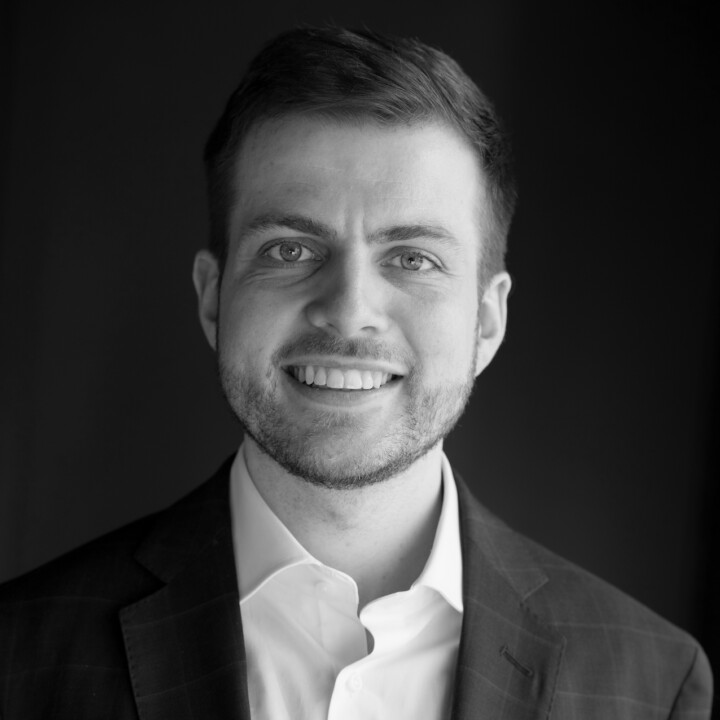 As part of Bioqube Ventures' growth, Clement joined our team in February 2022.

Previously, Clement plunged into the world of Venture Capital by working as an analyst at Inkef Capital (Amsterdam), evaluating opportunities and supporting due diligence of companies, particularly in oncology, kidney, and neurovascular fields.

Clement is a Pharmacist by training, having studied at Paris Descartes University and with a Msc from ESCP Europe in Biopharmaceutical Management. While previously working at Ipsen on a musculoskeletal rare disease drug, he obtained hands-on experience on the ups and downs and regulatory challenges that developing a drug to market can entail.

Outside of work, Clement enjoys discovering new food and restaurants, sustaining this hobby through some physical activity provided by rock-climbing. 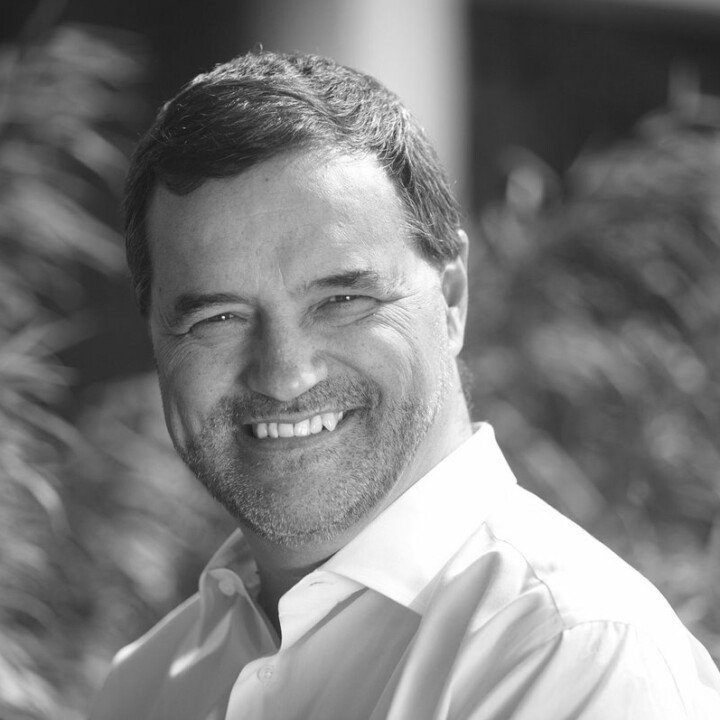 Tom Heyman strengthens the Bioqube team leveraging a highly successful track-record gained during his 37 years at Johnson & Johnson. Most recently, Tom served as President of Johnson & Johnson Innovation – JJDC, Inc. (JJDC), leading the corporate venture arm of Johnson & Johnson. In this capacity and chairing the JJDC board, he represented the longest-standing corporate venture fund in the life science industry making strategic investments in healthcare for nearly 46 years. Tom has also engaged in hundreds of transactions involving both early and late stage pharmaceutical products spanning his 25 years in business development. He was responsible for acquiring several key companies for Johnson & Johnson and from 2008 through 2016 he was the CEO of Janssen Pharmaceutica NV in Belgium.

Currently, Tom is Member of the Board of imec vzw (Belgium) and Akero Tx (US). 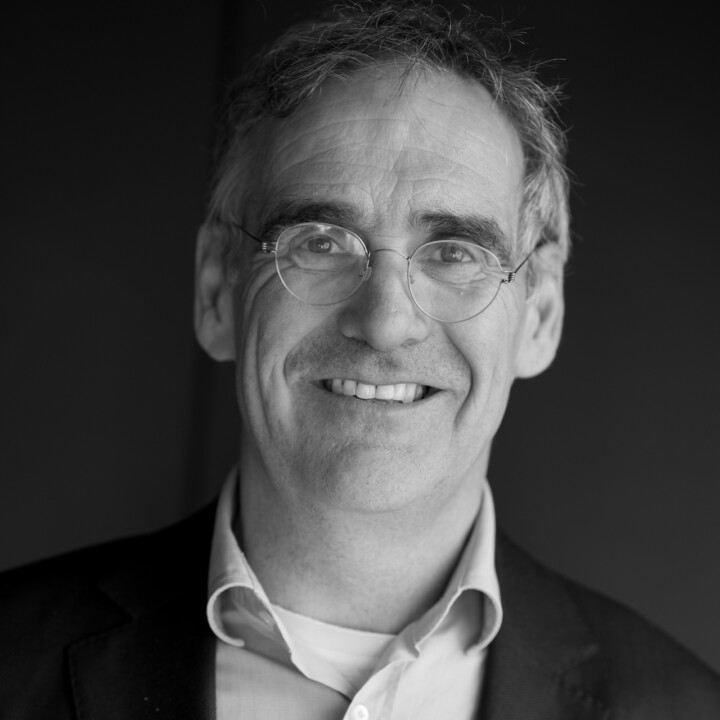 Tol has over 15 years of experience in the life sciences and venture capital industry. He has strong background in business development and starting up companies. Tol serves and has served in a variety of management capacities, including CEO of CellPoint (acquired by Galapagos), CEO of Arcarios, COO of Gadeta, founder and general manager at DNage (acquired by Pharming). He has co-founded several companies including Arcarios, Gadeta and CellPoint.

Tol joined Bioqube Ventures as a Venture Partner in 2016. 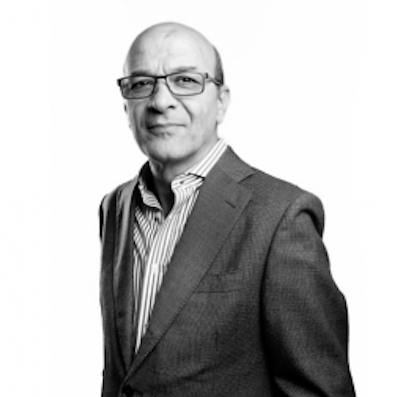 Jacques Mizrahi spent the past twenty-five years in drug discovery and translational medicine in several Big Pharma such as GSK, Eli Lilly and Roche where he developed programs in diabetes, renal diseases and cardiovascular diseases. At his last appointment at Roche, he directed the Global Therapy Area of metabolic and cardiovascular diseases focusing on translational medicine programs which included the clinical research on biomarkers and personalized medicine.

Jacques has been a consultant for Aravis Ventures, INSERM Transfer Initiative and ICAN foundation in France. From 2016-2018, Jacques was an Advisor to the Bioqube Ventures team as a member of the Scientific Advisory Committee.

Olivier joined Bioqube as a legal advisor in 2017. He is a partner of Value for Growth, an independent consulting group. Olivier assisted in the creation and development of start-ups, supported companies & organisations with strategy development and implementation and together with leading (investment) banks helped companies with their fund-raising.

Main achievements include assisting with the legal aspects of the creation of the venture capital fund Vesalius Biocapital I & III, co-operating with leading (investment) banks on fund-raising and legal counsel for Selligent, a multinational company of Belgian origin that provides relationship marketing solutions.

Special licence management in the public sector
University of Antwerp 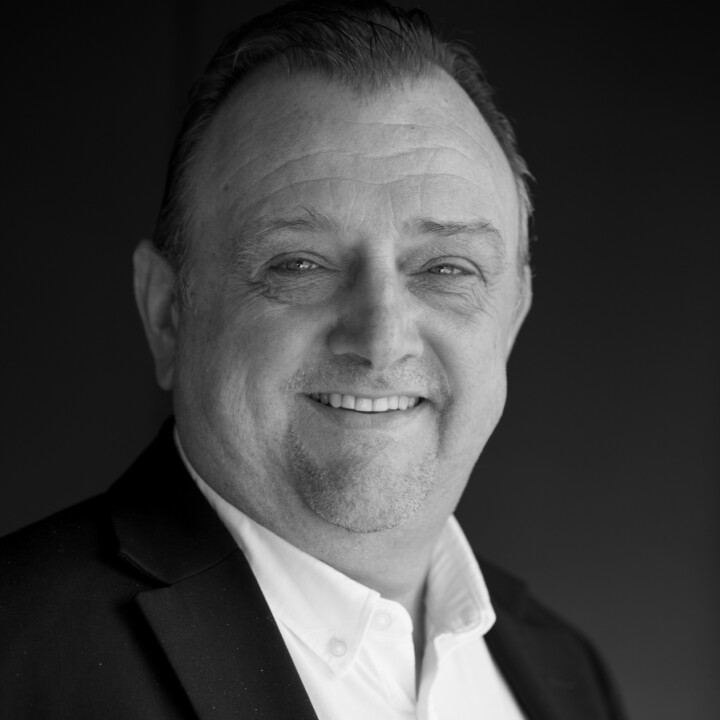 Géry joined Bioqube Ventures in 2017 as Facility Manager and remains on board as an Advisor to support portfolio companies of the Bioqube Factory Fund.